Tanks.io 2D is an action game. It is made in a minimalistic graphics. The company was engaged in the development of the application Gigabooster.
Gameplay
Players get to control a tank and fight with each other. The battlefield is a checkered notebook. Large-scale tank battles take place on it.
The control is carried out using two touch sticks. One is responsible for the movement of the tank, and the second for the direction of the muzzle. The player needs to shoot at opponents and destroy their tanks to advance through the rating table.
The user can both strike at the opponent and block his projectiles. Each player has a health bar – one hit removes a certain amount of life. The lost HP is restored after a while. The size of the player’s tank depends on the number of kills and the time spent.
Improvements and a store
All players have levels. When you kill an opponent, the level increases. After upgrading, you can choose various perks.
Tank classes are formed depending on the selected improvements
A reward is given out every day. In-game currency can be spent in the store for various tank improvements (damage, health, endurance, regeneration). Additionally, the color is selected in the store or a certain type of projectile is purchased. It has its own characteristics of speed and damage. The player should try each projectile independently to choose the most convenient one for destroying opponents during dynamic tank battles. The characteristics of the tank do not depend on the selected shade.
On the main screen, the player is invited to get acquainted with the indicators of the best game and the last battle. Points, the number of kills and time on the battlefield-detailed statistics make it possible to analyze errors and get acquainted with the progress.
Playing tanks is fun. By downloading the app, players will be able to plunge into epic battles. 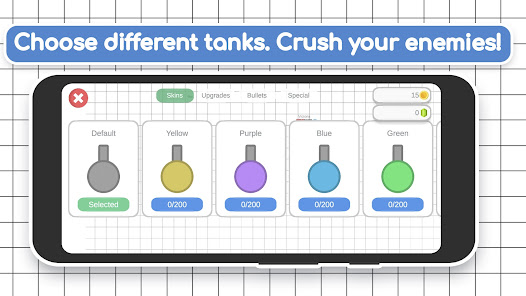 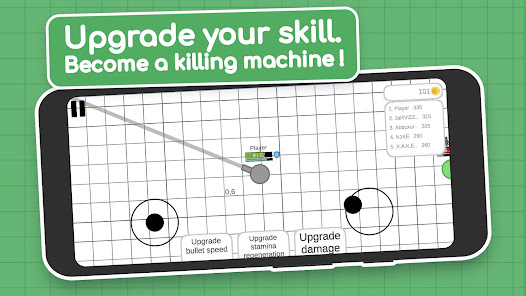 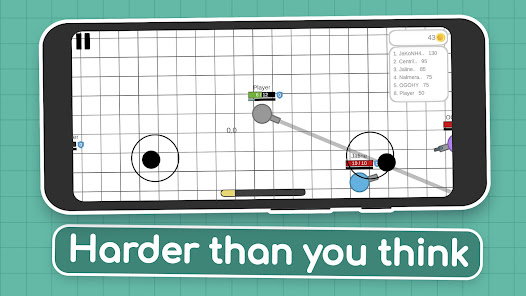